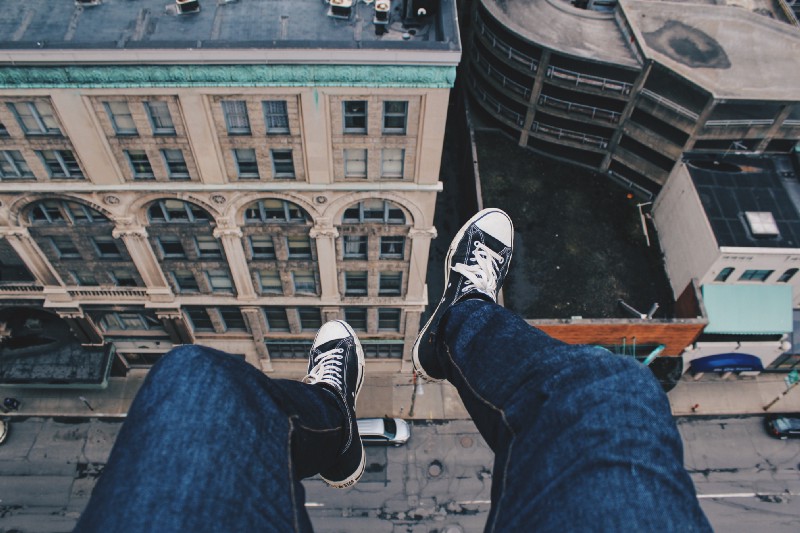 Knee pain can stop you in your tracks. It also continues to be surprisingly mishandled by many healthcare practitioners. People with knee pain would do anything to be rid of it, so following a doctor’s advice for a cortisone (steroid) injection or two is often a no-brainer.

Unfortunately, there’s a problem with that.

Despite mounting evidence that they do no good, steroid injections are among the most common ‘treatments’ for knee pain. The research has been clear for years — steroid injections do not lead to good outcomes for joint pain. A 2017 Journal of American Medicine (JAMA) article raises the stakes and brings the Hippocratic Oath to mind — ‘do no harm’.

Numerous researchers have proven that steroid injections have a placebo effect at best. The 2017 JAMA article goes one crucial step further — the steroid injected into your joint causes your cartilage to degrade. That’s exactly the opposite of what we want.

Doctors at Tufts Medical Center in Boston did a two year blind study with two groups of patients with arthritic knee pain. They also had what’s called synovitis — a type of inflammation in the joint, verified by ultrasound. If anyone is going to respond to steroids, these people should.

Each group got injections every 12 weeks for 2 years. One group had saline (placebo) injected, the other a steroid. An MRI was done at the beginning, after one year, and again at the end.

The dismal results are no surprise to Physical Therapists, who often see these patients at some point in time after injections. In my 25 years as a PT, I’ve heard a version of these 12 words more times than I could possibly count, “It seemed to help for a little while, but it didn’t last.”

The results of the JAMA study should NOT be surprising to doctors who continue to inject. This information is widely circulated in journals.

Here are the conclusions of that revealing study:

For pain it was a net zero effect. No difference in pain between the two groups. Thanks to the placebo effect, both groups did experience some decrease in pain.

Remember, one group got the steroid, the other got saline.

There was one significant difference discovered between the two groups, and it’s bad news for the cortisone recipients.

The steroid group had definitively less cartilage in their knees after two years. That’s BAD. The steroids sped up the rate of arthritic changes. The saline group had no change in thickness — that’s GOOD.

This is exactly the opposite of what patients (I like to call them people) and their doctors would want to happen.

Will this 2017 JAMA study change the recommendations from doctors and surgeons who’ve been giving them for years? We could assume it should, but assumptions are dangerous.

A Google search for information on cortisone shots brings up the current Mayo Clinic recommendations:

There’s concern that repeated cortisone shots might cause the cartilage within a joint to deteriorate. So doctors typically limit the number of cortisone shots into a joint. In general, you shouldn’t get cortisone injections more often than every six weeks and usually not more than three or four times a year

The JAMA study was within those current guidelines of a shot every twelve weeks or four times a year.

My advice would be to simply ask your doctor what they think about this and other studies or find a good Physical Therapist to consult with first. All 50 states allow direct access between you and your Physical Therapist — meaning you don’t need a referral.

One last thing, in 2018, a year after the JAMA study was published, there was an increase in supply and demand of cortisone shots. According to MarketWatch: Cortisone Shots Market 2018 Receives a Rapid Boost in Economy due to High Emerging Demands with CAGR of 5.2% by Forecast to 2023

America acquires the first position in the market for cortisone shots owing to the rising prevalence of various types of allergies, arthritis, tendinitis, and others, and rising demand for corticosteroid injection in the U.S. According to the Center for Disease Control and Prevention, an estimated 78 million i.e. 26% of the U.S. adults aged 18 years or older are projected to have doctor-diagnosed arthritis by 2040. Additionally, the prevalence of tendinitis among athletes is found to be increasing from last few years in the U.S.

Despite years of researchers — and patients — telling us that cortisone injections don’t really do the job, the market tells a different story. They are being purchased in even higher quantities. They are still being given liberally and usually before any Physical Therapy. They are causing more harm than good.

We need to handle joint pain differently. We’ve been discussing the knee here, but the same goes for hips, shoulders, spine and any other joint that gets injected. All treatment and advice should be geared toward getting a good outcome for the person experiencing pain and difficulty.

Any practitioner helping you with joint pain should be looking at you when you talk (not checking boxes on their computer), listening and asking questions, watching you perform the tasks/movements that cause pain, strategically finding moves that don’t, and giving you new cues and habits to build into your day. Habits based on mindset and movement.

If your doctor is still giving cortisone injections, ask them why. Perhaps they have a convincing argument, I just haven’t heard one yet.

Five days of guided 10 mins. workouts to regain your momentum.

Find our popular 10 in 10 workouts all in 1 convenient place.

Are you struggling with nagging pain, tired & achy muscles, or an injury?

Do you know that exercise is important, but have trouble getting motivated or sticking with it?

Are you an athlete anxious to get back in the game?

For over 25 years, we've helped thousands of people like you sift through complex situations. We analyze your dynamic situation to give you the insights, choices, and action steps you need to live life on your terms.

Online consults and second opinions with a Licensed Physical Therapist.

No matter where you live, we can connect online. We work one on one with clients from all over the country.

Have a question, comment, or want to set up a call? Let us know here.

Robin Dufour empowers people of all ages to overcome their struggles with recurring pain, fitness, and injury.

She approaches each situation with enthusiasm, persistence, and a keen sense of humor, crafting individualized and science-based programs for each person or group of people.

Her goal is to help individuals, families, and teams become experts in their physical wellbeing so they can enjoy a healthy balance in occupation, life, and play.

She loves being able to laugh and celebrate with clients as they overcome difficult situations and move beyond old limitations.

Robin is often sought out to assist with challenging pain issues when other treatments have been unsuccessful. She is particularly skilled with seemingly complicated cases of recurring pain, discomfort, and aversion to regular exercise. She also specializes in resolving the causes of workplace injury.

Her experience as a parent, business owner, practitioner, and enthusiastic student of life offers a refreshing alternative to traditional physical therapy and fitness.

Robin loves spending time with her two daughters, her partner Nicole, and a handful of long-time friends - whom she credits for fine-tuning her sense of humor and humility.

She'll never pass up a walk on the beach, a great book, or a nice glass of wine in her spare time.

Following graduation from the University of New England in 1995, Robin became a licensed Physical Therapist. She opted for a series of challenging jobs in physical rehabilitation with neurologic injury, pediatrics, geriatrics, and sports medicine. She credits this diversity in finding common threads and practical solutions for a broad range of clients.

In 2010, she earned the distinction of Fellow of Applied Functional Science with the prestigious Gray Institute. She went on to become a five-year member of the faculty - teaching movement and health practitioners from around the world.

Robin has a particular interest in Veteran and Family care. In 2018-2019 she was hired as a special consultant for Home Base Veteran and Family Care. Home Base is a Red Sox Foundation and Massachusetts General Hospital Program dedicated to healing the invisible wounds for Veterans of all eras, Service Members, Military Families, and Families of the Fallen through world-class clinical care, wellness, education, and research.

At Home Base, Robin analyzed the existing program and recommended new ways to better serve more Veterans and Families in their Warrier Health and Fitness program in Boston and South West Florida.

Robin is an institutional health consultant, assessing past and current spending on musculoskeletal injuries - the highest cost in healthcare. In partnership with Solve Global, she identifies areas of risk in the workplace and provides measurable solutions for reducing spending and improving outcomes and culture.

She enjoys public speaking to engage audiences in the nuances of movement, mindset, and behavior as an alternative to pills and procedures.

Following her curiosities has led her to pursue local and national teaching opportunities. You can watch a sample of talks given at the Gray Institute here.

She has spent the last 25 years studying the art and science of the human body. Specifically, how we are affected by internal and external forces like gravity, mass and momentum, pain, joy, trauma, injury, receptive motions.

You name it, and we can be affected by it.

In recent years her studies and practice have led her to leave the clinical setting in favor of a more relaxed and creative environment. Five years ago, she left her beloved Studio Be in Maine to open Be Fit Co. in Williamstown, MA. If you like a good "stars aligning" story, ask her what led her to take that leap.